When lightning strikes a tree, the damage isn't always noticeable, at least at first. But if you suspect that your tree has been struck with lightning, be vigilant when assessing the damage. Dead or dying trees pose a risk to their surroundings, especially in a confined urban setting. If your tree has suffered lightning damage, removal may be the safest option at your disposal.

Check your tree for the following signs of damage before you decide how to proceed.

The pressure from a lightning strike can sometimes cause a tree's bark to explode outwards. Trees can survive some bark damage. But when that damage extends around the entire circumference of a tree's trunk, the tree will most likely die. Unable to transport food and water without its bark layer, a tree won't last very long.

2. A vertical split running down the trunk

Lightning damage is sometimes visible as a vertical crack extending down a tree's trunk. The bark is often missing with this type of damage. Some trees can survive this kind of damage, but they will be more vulnerable to pests and disease, and so could die within a few months or years.

If your tree has suffered extensive burn damage, it could die, especially if many of its branches have been burned beyond repair. Without its branches and leaves, a tree can't take in enough food to feed itself. Disease and pests will also speed up the tree's decline.

4. Wilting and dying leaves within a few days

Sometimes, the damage is so subtle that you can't see it just by looking at a tree, at least at first. This is because the damage is inside the tree, and could even have extended to its roots. If your tree has suffered root damage, you'll notice its leaves begin to wilt and die over the next few days. This is an indicator of serious root damage.

5. Gradual decline over weeks and months

Your tree could survive for several months or even longer. But during that time, it will be more susceptible to diseases and pests. The decline may be slow, but inevitably, your tree may gradually die, losing leaves and branches over months and even years. Early removal may be advisable to avoid accidents in future.

Dying trees gradually weaken over time. Eventually, they become so brittle that they can't withstand strong winds and rain. When that happens, they shed branches and can even topple over. Don't wait for that to happen. Hire a tree removal expert the moment you realize your tree is going to die.

Recognising the Early Stages of Tree Disease and Other Topics

Recognising the Early Stages of Tree Disease and Other Topics 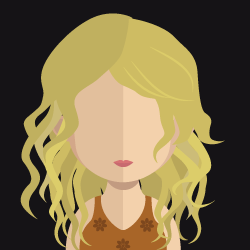 Welcome. My name is Naomi, and I have loved trees for my whole life. As a baby, my mum always set me on a blanket beneath the swaying leaves of our willow tree, and the love and comfort I felt then has carried me throughout my life. I used to climb into branches as a child and write and draw in my journal. As an adult, I bought a home surrounded by trees as soon as I could afford to. Now, my relationship with trees has changed. I no longer climb them, and I spend a lot more time taking care of them. In this blog, I am going to focus on a range of aspects of tree care. Enjoy and I wish you and your trees a prosperous and healthy life.

Trees are beneficial to the environment and humans …

When lightning strikes a tree, the damage isn't al …

Just as humans do, dogs need stimulation. A patch …

Read More
Can an Arborist Save My Topped Tree?
22 November 2019

Has a neighbour or someone unknown to you cut the …